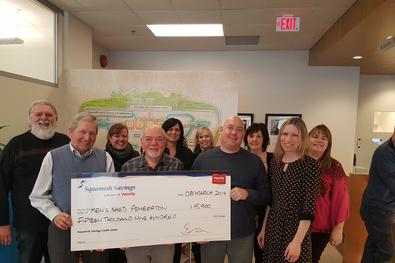 As the Men's Shed grew and developed it's own identity it became clear that our goals and direction were not fully aligned with the Senior's group. Early in 2017 both groups mutually agreed to separate. To this end we have incorporated Pemberton Valley Men's Society in BC, and are currently awaiting charitable status approval from the federal government. The separation of the groups has been amicable and we still collaborate and support each others activities.

Review of our strategic plan mtg:

MS_StratPlanMtg from Derek Walton on Vimeo.

THERE ARE PRECEDENTS - G’day mate:

The Men’s Shed concept has origins in Australia, and migrated to the United Kingdom, and is now here in Canada. Men’s Sheds have subsequently become neighbourhood centres of activity for senior men.

WHY THE MEN'S SHED?

While Pemberton Valley Seniors Society (PVSS) is a very active seniors group within society in general, there is a tendency for senior men to become isolated, lonely and depressed, leading to higher rates of suicide than most other groups. To address these concerns in 2015 PVSS in conjunction with Vancouver Coastal Health undertook to develop the Men's Shed group, and acquired a number of government grants to help start this initiative.

How we really see ourselves:

In March 2016 we were successful in receiving a "Social Ventures" grant from the "Squamish Savings" credit union, These funds have ensured the continued operation of the Pemberton Tool Library ​through 2016, and subsequently with further support through 2017.​

Copyright © Pemberton Tool Library. All Rights Reserved.
Back To Top 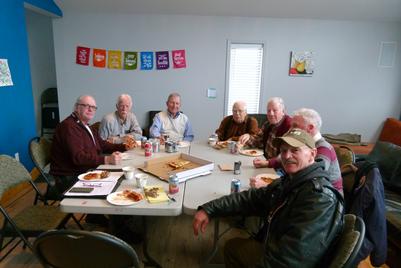 We are active in establishing Links to neighbouring Men's Sheds groups, having hosted both Coquitlam and Squamish groups for lunch:

Note: Coquitlam, BC  have a very well established links page on their website for all kinds of Men's Shed resource information.